The thyroid gland is one of the most important glands in your body. It produces hormones to regulate your body temperature, heart rate, and metabolism. If the thyroid isn’t doing its job, you may experience several symptoms, such as fatigue, weight gain, and trouble sleeping. 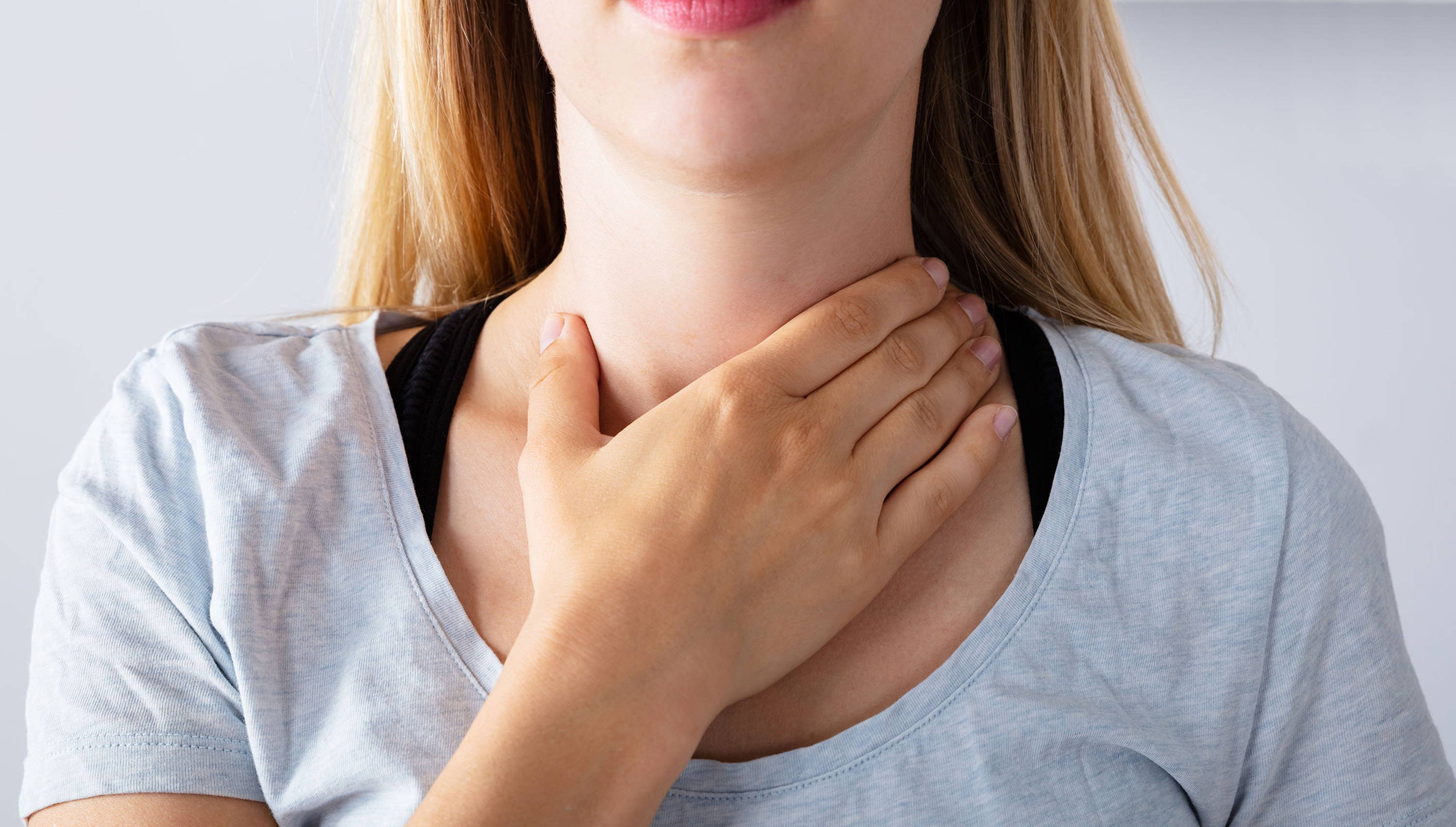 What Does Ashwagandha do for the Thyroid?

Ashwagandha is a herb that’s been used in Ayurvedic medicine for centuries. It may help to reduce thyroid inflammation, which can help your thyroid produce the right amount of hormones. People who took Ashwagandha experienced a significant reduction in thyroid antibodies, which are associated with autoimmune disease.

As an adaptogenic herb, Ashwagandha can also help regulate cortisol levels. This may be especially helpful if you’re dealing with stress or adrenal fatigue. By managing stress and promoting healthy hormone levels, this adaptogen can support your thyroid health and function.

Perhaps most importantly, Ashwagandha is considered safe for long-term use. You won’t need to worry about unpleasant symptoms like insomnia or constipation as a result of taking it regularly. Because it’s so gentle on the body and has such promising benefits for the thyroid gland, it’s worth considering adding this powerful herb to your diet. This is especially true when paired with other herbs that promote thyroid health.

One particular way Ashwagandha supports healthy thyroid function is by regulating TSH (Thyroid Stimulating Hormone). This is the hormone that stimulates your thyroid gland to produce other hormones.

When TSH is out of balance, it can lead to an underactive or overactive thyroid gland. However, Ashwagandha helps regulate TSH levels, you can maintain healthy thyroid function and avoid these symptoms.

In addition to regulating TSH, other ways Ashwagandha supports healthy thyroid function include:

Ashwagandha also has antioxidant properties which protect against oxidative damage caused by free radicals. This means Ashwagandha may be able to prevent cell damage from environmental toxins like pollution and cigarette smoke. Additionally, research has shown that the herb can promote weight loss and increase energy levels for those with low energy.

Ashwagandha is a medicinal plant that belongs to the nightshade family. It’s often used in Ayurvedic medicine as a general tonic and to improve sleep, enhance libido, combat stress, and alleviate anxiety. One of the ways that Ashwagandha supports thyroid health is by supporting hypothyroidism.

Hypothyroidism is a thyroid deficiency that occurs when your thyroid gland doesn’t produce enough hormones to regulate your body’s metabolism. In extreme cases, this can lead to heart problems and weight gain. Ashwagandha has been shown to stimulate thyroid function and help support those with hypothyroidism.

Ashwagandha, an Ayurvedic herb, is a useful traditional herb remedy for people with hyperthyroidism. Hyperthyroidism refers to when the thyroid gland produces too much thyroid hormone. This can result in a number of symptoms, such as weight loss or difficulty sleeping.

A 2009 study conducted in North India found that Ashwagandha extract was effective in treating hyperthyroidism. Researchers gave patients either 300 milligrams twice a day or 600 milligrams three times a day of Ashwagandha extract for 3 months, and then measured their levels of T3 (triiodothyronine) and T4 (thyroxine). The group that received the higher dose experienced a change in T3 levels without any negative side effects.

The researchers concluded that Ashwagandha could be used as a natural alternative therapy for hyperthyroidism.

The herb Ashwagandha is quite well known for its anti-inflammatory and antioxidant properties. It has also been shown to support healthy immune responses and healthy cholesterol levels. Research suggests that Ashwagandha can be used to help manage the symptoms of hyperthyroidism.

In this study published in Menopause, researchers found that women who were taking Ashwagandha for four months had reduced levels of the hormone T3 (triiodothyronine). The study also showed a reduction in the incidence of hot flashes among females with hyperthyroidism who took Ashwagandha as a supplement.

This means that Ashwagandha might help with some of the following symptoms:

Many natural, herbal remedies can help support thyroid health and function. Ashwagandha is one such herb. Its name is derived from the Sanskrit language and translates to "smell of horse,". It was named from a story in which it was believed that the plant resembled the smell of a horse.

The plant is an adaptogen, meaning that it helps your body adapt to stressors like physical exertion or environmental changes. It’s also been used for centuries in Ayurveda, a form of traditional medicine from India and other parts of southeast Asia. In addition to supporting thyroid health, Ashwagandha has been shown to regulate blood sugar levels, improve memory function and focus, improve sleep quality, and reduce anxiety.

Another important point about Ashwagandha is that it contains significant amounts of goitrogens - substances that suppress the production of enough thyroid hormone by affecting the gland's ability to use iodine. This suppression can last for weeks at a time if the dosage is large enough.

This means you need to be careful when supplementing with this herb if you have autoimmune hypothyroidism. If you are pregnant or trying to get pregnant you might need to avoid Ashwagandha. Some studies have found that goitrogens may interfere with fertility and increase the risk of miscarriage or preterm birth.

Ashwagandha is known as one of the “miracle” herbs because it can address a wide range of health concerns. Ashwagandha is also sometimes called Indian ginseng or winter cherry.

Goitrogens are substances found in certain foods that can affect your thyroid gland by interfering with its production of thyroid hormones.

These substances are often found in cruciferous vegetables, like broccoli and cabbage. A recent study from the Journal of American Medicine showed that people who consumed goitrogenic vegetables twice a week had a 15% lower risk of developing hypothyroidism over 14 years than those who avoided these vegetables altogether.

However, many experts do not recommend eating goitrogenic vegetables every day to prevent hypothyroidism because these vegetables have other properties that may be harmful to your health, such as the increased risk for heart disease and cancer. For example, cruciferous vegetables have been shown to block the absorption of important minerals like iron and zinc from food.

Thus, if you have a history or pre-existing condition that affects your thyroid (i.e., previous radiation treatment), it is advised to consult with your doctor before taking Ashwagandha or eating goitrogenic foods like broccoli or cabbage on a daily basis.

Another study found that Ashwagandha helped to improve mood and concentration in patients with autoimmune thyroiditis compared to those who took a placebo. Ashwagandha is a powerful Ayurvedic herb that supports thyroid health. One of the ways it may do this is by reducing TSH levels in people with subclinical hypothyroidism, which is an elevation of TSH without overt thyroid dysfunction.

In one study, participants who were given 300 mg per day of Ashwagandha for 12 weeks had a significant decrease in TSH levels. When researchers analyzed the data, they found that Ashwagandha had a beneficial effect on thyroid function in people with subclinical hypothyroidism.

What’s more, people with low T4 levels showed improved T4 levels when taking Ashwagandha for 12 weeks. This suggests that it helps to support thyroid hormone production and may be particularly helpful for people who have low natural levels of these hormones.

Ashwagandha supports a variety of conditions, including clinical hypothyroidism, another thyroid disorder. In this condition, the thyroid gland doesn’t make enough hormones to regulate the body’s metabolism. If left unchecked, it can lead to some health problems.

Ashwagandha contains compounds called Withanolides. Withanolides appear to slow the destruction of thyroid cells while also increasing the production of thyroid hormones. One study found that Ashwagandha was able to reduce symptoms associated with clinical hypothyroidism when taken for 8 weeks at either 400mg or 800 mg doses per day.

Side effects are typically limited to minor digestive upset such as diarrhea, nausea, and constipation.

One study found that Ashwagandha root extract alleviated the hypothyroidism symptoms. The participants, who were diagnosed with moderate hypothyroidism, took a daily dose of Ashwagandha for eight weeks. After the trial period, their thyroid-stimulating hormone (TSH) levels decreased and they had a significant reduction in anxiety and depression symptoms.

Another study found that Ashwagandha helped reduce stress-induced changes in thyroid function. Researchers found that as little as two one-gram capsules per day were enough to relieve symptoms of stress-induced hyperthyroidism.

If you’re looking for an herbal remedy to help support thyroid health, give Ashwagandha a try! We hope this information helps to educate you on the powerful benefits of this herb.

It’s important to note that there are no clinical trials that show how much Ashwagandha should be taken to treat hypothyroidism. However, some experts recommend taking 1-2 grams of Ashwagandha per day in capsule form to get the desired effects. When using this herb as a supplement, it’s also important to take other steps to support thyroid health - such as eating a diet rich in iodine and exercising regularly.

However, before you start taking Ashwagandha root extract, it’s important to be aware of possible side effects. Some people experience nausea or an upset stomach with Ashwagandha supplementation. These side effects may be more likely if you take too much at once, or if you take it on an empty stomach, so make sure to follow the dosage instructions carefully. If you have any questions about whether Ashwagandha would be appropriate for your specific needs and goals, consult a healthcare professional before starting supplementation.

Safety of Ashwagandha: When Should You Not Take it?

It’s important to note that not everyone should take Ashwagandha. It should not be taken by pregnant women or nursing mothers. There is not enough research on the safety of this herb during pregnancy or breastfeeding. Furthermore, those taking medication for seizures or Parkinson's disease may need to avoid using Ashwagandha, as it can worsen those conditions.

If you are considering taking Ashwagandha, talk to your healthcare provider first, and always read labels carefully before consuming any herbal remedies!

What Does Turmeric Do? | Tribe Organics

What Is Boswellia Good For? | Tribe Organics

Boswellia: The Herbal Cure for Pain and Inflammation

Back to Tribe News, Articles and Resources | Learn Ayurveda Medical Herbs | Tribe Organics
Made with ♥ by TRIIBE, Inc. © 2022 All rights reserved | Please consult a healthcare professional before taking any supplement if you are pregnant, breastfeeding, or taking any medications. We recommend to use supplements only after discussing with your Ayurvedic practitioner or general physician. Store in original container away from moisture and direct sunlight. Keep out of reach of children. | *This statement has been not evaluated by the Food and Drug Administration. *This product is not intended to diagnose, treat, cure or prevent any disease. TRIIBE, Inc. 40 Exchange Place Suite 1602 New York, NY 10005-2727
Use left/right arrows to navigate the slideshow or swipe left/right if using a mobile device
Product has been added to your wishlist.
You can view your wishlist by creating or login account.
Please create account through ##customer_email## email
Login Register
×
Welcome Newcomer
\