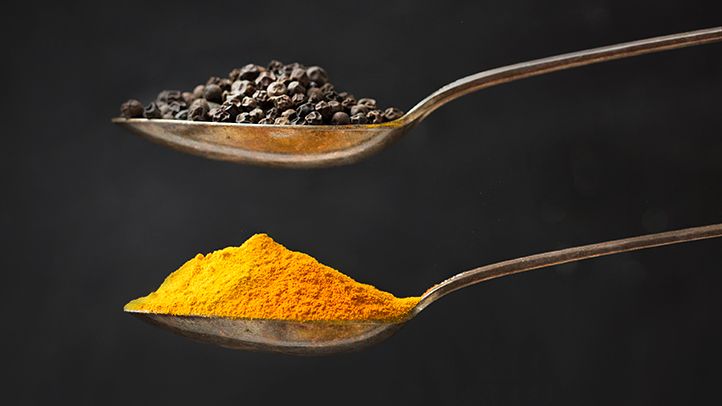 So, you have decided to introduce turmeric curcumin into your diet--that’s great! Turmeric curcumin is an excellent all-natural supplement that has been proven to help with health and wellness in a multitude of areas. That much cannot be denied. But, as with all things, there is generally a bit of confusion surrounding the compound and how it should be dosed.

If you are beginning your turmeric curcumin journey from the ground floor, you likely want to know exactly how to dose the supplement properly. Often store-bought supplements have misleading dosages on them for reasons most of us don’t understand. So, with that being said, let’s discuss how much is enough--or too much--of turmeric curcumin as a supplement.

Before we dive too far into the dosage question, let’s take a quick look at the difference between turmeric capsules and turmeric powder. We have a more indepth write up on this [hyperlink turmeric powder vs. capsules article when posting], but we will summarize really quickly for the sake of the topic at hand.

When introducing turmeric into your diet, you need to consider the difference between capsules and straight turmeric powder. This is because of the dosage of the compound curcumin. The curcumin compound is the compound most directly tied to all of the health benefits of turmeric. However, it does not come in the same amounts across all types of turmeric.

In raw turmeric (or dried/ground powder), there is only about 3% by volume of curcumin. However, in supplement capsules there is roughly 95-97% curcumin by volume as the capsule itself is turmeric concentrate. So, in essence, dosing turmeric daily is vastly different for those taking capsules versus those simply eating turmeric powder. So, let’s talk about both.

Studies show that the average south Asian individual will eat between 2,000-2,500mg of turmeric per day. That’s about ½ - 1 full teaspoon per day. However, it’s important to note what we discussed above. Turmeric as a spice does not contain very much curcumin by volume.

If the average individual in southern Asia is eating between 2,000-2,500mg of turmeric per day as a spice, they are then consuming about 60-100mg of curcumin per day. That is significantly less than most turmeric curcumin capsules contain per capsule. And even less than that when compared with clinical trial testing dosages.

While studies do show that consuming curcumin in small doses is still pretty beneficial, it may not give the full results that you are looking for--depending on what those are. For a more dramatic response in health treatment, you may want to go with capsules of turmeric curcumin concentrate.

As we mentioned above, turmeric curcumin capsules are virtually all curcumin as a compound. This is because medical research links most of the medical benefits of turmeric to the curcumin compound itself. With this in mind, taking a curcumin capsule may yield more consistent and faster results when it comes to health.

Calculating how much you need is going to depend on your bodyweight as well as what you are trying to accomplish. In general, the World Health Organization recommends 1.4mg of curcumin per pound of body mass per day. However it should be noted that research also shows that taking more than this does not show any negative short-term effects. In fact, higher doses can actually prove more beneficial in short term usage situations.

So in general, you are going to want to take a dose that is proportionate to your weight and the issue you are having. For example, for inflammation or pain caused by osteoarthritis, most recommended dosages are about 250mg-500mg of turmeric curcumin 1-2 times per day for 2-3 months. For more severe conditions such as high blood pressure, that dose is often increased to 350-700mg 1-2 times per day for 2-3 months.

As with anything, too much of a good thing can often be a bad thing. So yes, it is indeed possible to take too much turmeric curcumin. However, that threshold is far higher than you likely think according to most studies.

Turmeric curcumin has been linked to certain side effects ranging from nausea and stomach pain, to increased risk of gallstones and kidney stones. It is important to always consult a medical professional before introducing any supplements into your diet.

So, in conclusion, dosing turmeric is very much dependent on a host of variables. But, in general, if you remember the difference between turmeric as a spice and turmeric as a capsule you are likely to be able to dose it rather accurately. Just remember the baseline calculation of 1.4mg of curcumin per pound of body weight per day. That is always a great place to start! You can always slowly increase the dosage over time if need be.

If you have started a weight loss regimen but you

Interested in taking care of your skin? You’re not alone.