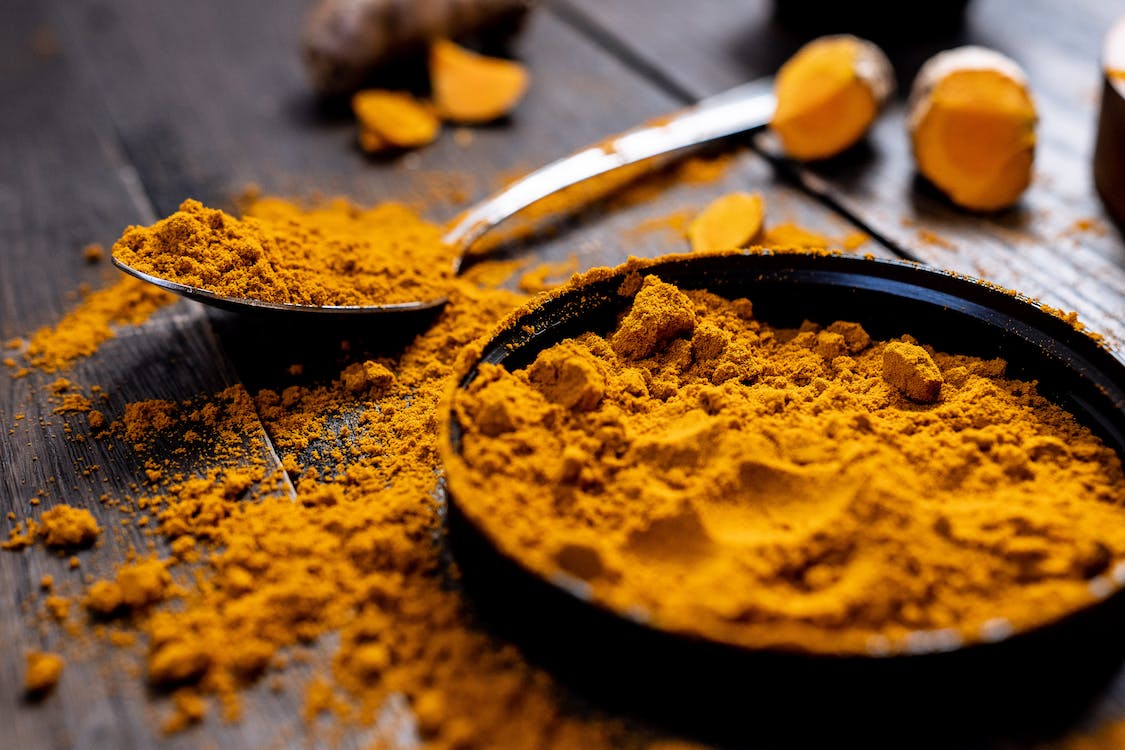 -   What is Turmeric Curcumin?

-   The Benefits of Turmeric Curcumin

Let’s talk about those

1 - Curcumin is a Potent Antioxidant

The curcumin compound has long been known to have antioxidant properties. Antioxidants are important because they combat free radicals within the body, which can cause damage to organic cellular structures. In essence, antioxidants are great for anti-aging purposes. This makes curcumin great for encouraging an overall feeling and appearance of wellness.

2 - Curcumin is Great for Brain Function

Going along with what was mentioned above, curcumin can actually prevent one of the most serious mental illnesses known to our species--Alzheimer's. Alzheimer’s disease is responsible for loss of brain function, loss of long and short term memory, and even physical decline. This can be caused by inflammation in the brain, as well as buildup of harmful protein tangle production in the brain. Curcumin is linked to the direct reduction of both.

4 - Curcumin is Great for Combating Depression

An exciting study of a group of 60 individuals with diagnosed depression showed that when given a dose of curcumin the results were very similar to that of the test group which was given Prozac. Even better, pairing prozac with curcumin produced even more astounding results. The study showed that curcumin was great at reducing the symptoms of depression as well as boosting antidepressant hormone production in the brain.

6 - Curcumin is a Powerful Anti-Inflammatory Heart disease is the most dangerous foe we will ever face statistically. It is the #1 killer of humans in the world. That is why combating it is so important. Luckily, curcumin and its powerful anti-inflammatory and antioxidant properties can help reduce the risk of heart disease dramatically.

8 - Curcumin is Great For Arthritis

The dreaded ‘C’ word is one of the most terrifying prospects of diagnosis for all of us. It ravages the body, and medical professionals still can’t completely solve it. However, studies have shown that Curcumin is directly linked to the prevention of cancer cells forming. In addition, more recent studies have shown that Curcumin may even be able to slow the growth of cancer cells, and help treat cancer itself.

A recent study showed that when concentrated into tetrahydrocurcumin, the curcumin compound can perform astoundingly well in treating type 1 & 2 diabetes. The compound was shown to reduce blood sugar levels in diabetic rats, as well as increase their plasma insulin naturally. This indicates that curcumin can be effective in helping to treat and manage diabetes.

Because curcumin is known to have powerful anti-inflammatory, antioxidant, and antimicrobial properties, it is pretty great for treating the skin. Conditions such as acne, eczema, psoriasis, aging, etc,. Can be potentially treated using curcumin. Studies are still on-going, but look promising for the scientific evidence that curcumin is great for the skin.

Curcumin is Great for Overall Wellness

Curcumin is a compound that has been linked to multiple health and wellness benefits. From reducing aging, to cutting down inflammation, and preventing cancer cells from forming. This helps lend evidence--greatly--to the fact that ancient medicinal uses of Curcumin were right. Curcumin is great for promoting an overall sense and feeling of health, wellbeing, and vitality.

Before we dive too far into the dosage question, let’s take a quick look at the difference between turmeric capsules and turmeric powder. We have a more in depth write up on this [hyperlink turmeric powder vs. capsules article when posting], but we will summarize really quickly for the sake of the topic at hand.

When introducing turmeric into your diet, you need to consider the difference between capsules and straight turmeric powder. This is because of the dosage of the compound Curcumin. The Curcumin compound is the compound most directly tied to all of the health benefits of turmeric. However, it does not come in the same amounts across all types of turmeric.

In raw Turmeric (or dried/ground powder), there is only about 3% by volume of Curcumin. However, in supplement capsules there is roughly 95-97% Curcumin by volume as the capsule itself is turmeric concentrate. So, in essence, dosing turmeric daily is vastly different for those taking capsules versus those simply eating turmeric powder. So, let’s talk about both.

Studies show that the average south Asian individual will eat between 2,000-2,500mg of turmeric per day. That’s about ½ - 1 full teaspoon per day. However, it’s important to note what we discussed above. Turmeric as a spice does not contain very much Curcumin by volume.

If the average individual in southern Asia is eating between 2,000-2,500mg of turmeric per day as a spice, they are then consuming about 60-100mg of Curcumin per day. That is significantly less than most turmeric Curcumin capsules contain per capsule. And even less than that when compared with clinical trial testing dosages.

While studies do show that consuming Curcumin in small doses is still pretty beneficial, it may not give the full results that you are looking for--depending on what those are. For a more dramatic response in health treatment, you may want to go with capsules of turmeric Curcumin concentrate.

As we mentioned above, turmeric Curcumin capsules are virtually all Curcumin as a compound. This is because medical research links most of the medical benefits of turmeric to the Curcumin compound itself. With this in mind, taking a Curcumin capsule may yield more consistent and faster results when it comes to health.

Calculating how much you need is going to depend on your bodyweight as well as what you are trying to accomplish. In general, the World Health Organization recommends 1.4mg of Curcumin per pound of body mass per day. However it should be noted that research also shows that taking more than this does not show any negative short-term effects. In fact, higher doses can actually prove more beneficial in short term usage situations.

So in general, you are going to want to take a dose that is proportionate to your weight and the issue you are having. For example, for inflammation or pain caused by osteoarthritis, most recommended dosages are about 250mg-500mg of turmeric Curcumin 1-2 times per day for 2-3 months. For more severe conditions such as high blood pressure, that dose is often increased to 350-700mg 1-2 times per day for 2-3 months.

As with anything, too much of a good thing can often be a bad thing. So yes, it is indeed possible to take too much turmeric Curcumin. However, that threshold is far higher than you likely think according to most studies.

Medical studies testing the safety of various Turmeric Curcumin dosages determined that doses even as high as 3,000-8,000mg showed no adverse side effects. This means that it is incredibly unlikely that you are going to cause any serious damage by eating a whole lot of turmeric Curcumin extract in a short amount of time. However, there are some side effects to turmeric Curcumin that you should still be aware of.

Turmeric Curcumin has been linked to certain side effects ranging from nausea and stomach pain, to increased risk of gallstones and kidney stones. It is important to always consult a medical professional before introducing any supplements into your diet.

Turmeric Curcumin is a mysterious and yet wonderful organic compound that all of us can enjoy. It can be taken in capsule form, topically through ointments, and even through simply adding it to your diet. While much is still unknown about turmeric Curcumin, a lot has already been revealed. It is a great compound for promoting overall health and wellness.

So, in conclusion, dosing Turmeric is very much dependent on a host of variables. But, in general, if you remember the difference between turmeric as a spice and turmeric as a capsule you are likely to be able to dose it rather accurately. Just remember the baseline calculation of 1.4mg of Curcumin per pound of body weight per day. That is always a great place to start! You can always slowly increase the dosage over time if need be.

What Does Turmeric Do? | Tribe Organics

What would life be without spices? They are the backbone

Frankincense is one of the oldest medicines known to man.

What Is Boswellia Good For? | Tribe Organics

Boswellia, also known as Indian frankincense, is a tree resin

Back to Tribe News, Articles and Resources | Learn Ayurveda Medical Herbs | Tribe Organics
Made with ♥ by TRIIBE, Inc. © 2022 All rights reserved | Please consult a healthcare professional before taking any supplement if you are pregnant, breastfeeding, or taking any medications. We recommend to use supplements only after discussing with your Ayurvedic practitioner or general physician. Store in original container away from moisture and direct sunlight. Keep out of reach of children. | *This statement has been not evaluated by the Food and Drug Administration. *This product is not intended to diagnose, treat, cure or prevent any disease. TRIIBE, Inc. 40 Exchange Place Suite 1602 New York, NY 10005-2727
Use left/right arrows to navigate the slideshow or swipe left/right if using a mobile device
Product has been added to your wishlist.
You can view your wishlist by creating or login account.
Please create account through ##customer_email## email
Login Register
×
Welcome Newcomer
\